NOT only that but politicians feed from the public trough by receiving an enormous pension totally disproportionate to living standards AND they can continue to work in the commercial arena and NOT lose their pension which is paid out for life.

Close to a billion dollars is now being paid out to Politicians pensions. For example a pension has tpo live on around 57 dollars a day. Yet Politicians get hundreds of thousands a year. Former parliamentarians gain an entitlement to a pension, called a Retiring Allowance, if they meet the minimum eligibility requirements set out in the Act.

The Scheme provides an additional pension entitlement for Office-holders. The benefits payable depend upon a parliamentarian’s length of service, the mode of retirement and the receipt of any additional salary. In certain circumstances a portion of the retiring allowance may be converted to a lump sum. If no retiring allowance is payable, former parliamentarians are entitled to a lump sum benefit that may include a refund of their contributions.

THEY’VE been gone for years, some even decades, but ¬taxpayers continue to fund the high-flying lifestyles of our former politicians.

Potential changes to ¬superannuation won’t have a great deal of impact for a -significant portion of frontbenchers from both sides.

Former prime ministers John Howard, Julia Gillard and Kevin Rudd are enjoying more than $200,000 a year in pensions and perks. Paul ¬Keating is believed to be ¬pocketing about $140,000.

The former prime ministers are allowed to have up to four staff, a swanky city office and have business class travel covered. It is believed the costs of having metropolitan offices on top of flights and chauffeur driven cars costs about $300,000 a year each for Mr Howard, Ms Gillard and Mr Rudd. Former treasurer Peter Costello isn’t doing too bad, ¬either, pocketing $178,000 a year as a pensioner.

The pensions remain for life. The tap was turned off for those elected in 2004 and beyond, after Mr Howard bowed to pressure from then Labor leader Mark Latham to reduce pollie pensions if, as is the case with recently retired pollies such as Hockey, Bishop or Kevin Rudd, you entered Parliament before 2004, the pension is set at up to three-quarters of the salary received in the highest office held.

Does a man like Rudd, who with his wife is estimated to be worth over $100 million, really need any more from taxpayers?

The answer is no, but when it comes to the welfare of our ex-politicians, the disbursement of public money is on the basis of naked entitlement, not need.

So, we pay six figure annual pensions to millionaires with independent sources of income once they leave Parliament, no questions asked. And that is on top of travel entitlements and, in some cases, other perks.

Former federal Berowra MP Philip Ruddock has been accused of “double dipping” by claiming a $200,000 parliamentary pension while also getting paid about $1000 per-day as he works in a new role as Australia’s Special Envoy for Human Rights.

The Department of Foreign Affairs and Trade (DFAT) said Mr Ruddock took four trips overseas to Switzerland, Africa, Norway and Guyana as Special Envoy while he was still an MP and therefore was not paid for any of these trips. But since he retired from parliament he has been paid for a nine-day trip to southern Africa between October 8 and 14 at a per diem rate of up to about $240,000 as a senior public service SES band 2 role.

A DFAT spokesman said Mr Ruddock has met with Australian Non-Government organisations to “discuss his work and gauge their input”.

The department did not answer questions about how much has he been paid so far or how many days he has worked.

After more than 42 years in federal parliament Mr Ruddock is entitled to an annual pension of about $215,000 per year, or a lump-sum payment of more than $2 million plus about $100,000 per year.

The envoy will also “actively promote Australia’s candidacy for membership of the Human Rights Council for the 2018-20 term, and represent Australia at international human rights events and advocate our HRC candidacy in selected countries”.

Former federal North Sydney MP Joe Hockey has also been criticised for claiming his political pension and an American ambassador’s salary which, “starts at” $360,000 and includes staff and other perks.

Will you be joining the mob next election?

We Do Need Support

Our very small loyal team of volunteers funding what they can is not sufficient to sustain our operational cost. If you can help we would appreciate to keep this site operation established in 2001.

Send a plain text email below 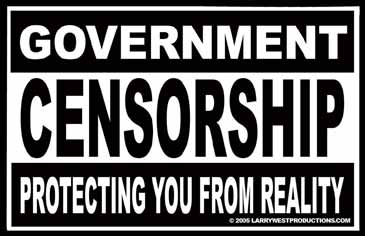 We the people thank you Edward for exposing such a world wide information interception by the USA and affiliates by unauthorised access to our personal data and electronic communications.

Information You Need to Know